Latvia - a partner in money laundering or combating it?
Skip to content 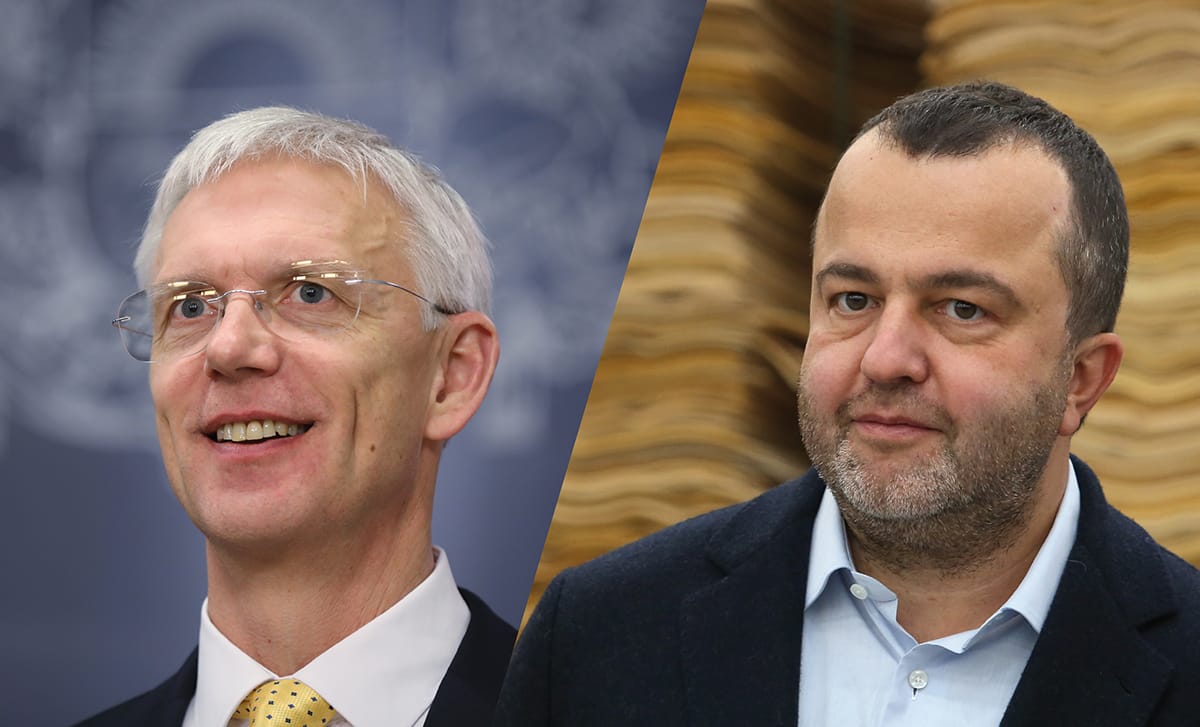 On May 6, 2020, the weekly newspaper IR reported that: “In the upcoming weeks, the Financial and Capital Market Commission (FCMC) will decide on amendments to the ABLV depositors’ inspection regulations approved last year.” Namely, only three months after Moneyval report and after Latvia, literally – slipped out, from the grey list – the FCMC will decide on the efficiency or softening of the developed methodology for settlement of ABLV Bank’s creditors’ claims. The same methodology, which was carefully developed as an international confirmation that Latvia will be able to control the compliance of ABLV Bank’s voluntary-liquidation process with all underlying principles of combating money laundering. And the same methodology, which is currently the only protection mechanism that can at least to some extent limit or hinder the outflow of potentially illicit funds from ABLV Bank’s assets.

In addition, it should be noted, that the

FCMC’s forthcoming step to ABLV Bank’s shareholders follows only a few weeks after ABLV Bank owner E. Bernis loudly stated, that he is not satisfied with the efficiency of the current methodology or the difficulties it creates for the settlement of ABLV Bank’s creditors’ claims.

It would be only reasonable to expect, that the news that the “effective” disbursement of potentially illicit funds is being organized under the guise of the COVID-19 pandemic, thus questioning the success and truthfulness of Latvia’s financial sector capital repair – would be widely covered in the Latvian media. However, this news, which is just like a “spit in the face” to Latvia’s cooperation partners, was published in exactly one Latvian media – the weekly newspaper IR[1].

Whereas, the news that E. Bernis, the owner of ABLV Bank[2] – the bank, which is accused of serious financial crimes, is not satisfied with the efficiency of the methodology and the speed of settlement of creditors’ claims – was republished in all major Latvian electronic media.[3]

Also, interesting is the fact that Purgaile, who has not yet managed event to warm up the chair of the head of the FCMC, is in a hurry to optimize what is clearly working. We remind you that this methodology was developed in close cooperation with the Latvia’s international partners and organizations, and that is probably why it is recognized as the most effective claim settlement control tool of ABLV Bank at the moment. Therefore, critically speaking, it is highly questionable that the softening of the methodology in the shadow of the COVID-19 crisis is a pure coincidence and not a deliberate action.

However, the most important question is

whether the fact that the existing methodology has not been able to provide the necessary efficiency in ABLV Bank’s settlements of creditors’ claims is a consequence of the methodology being excessively demanding or simply that the most of ABLV Bank creditors are unable to qualify for anti-money laundering requirements?

Perhaps, in such circumstances, Latvian officials should undertake not to soften the methodology, but to start a more thorough investigation, why ABLV Bank is not able to ensure efficient settlement of creditors’ claims in accordance with the methodology? For example, to assess whether ABLV Bank deliberately makes it difficult to obtain information so that the responsible authorities can assess the origin of the relevant funds and the compliance of the claim settlement with the methodology. I. Znotina, the head of the Financial Intelligence Unit, has already reported about this, stating that:

“ABLV Bank” reports were rarely of high quality, and therefore, of course, it was necessary to work in difficult conditions. [..] These reports contained very meager news. There were deliberately submitted erroneous reports, sometimes with very primitive mistakes.”[4]

Contrary to Purgaile’s statement in an interview with Forbes magazine, where Purgaile emphasizes that Latvia is mentioned abroad as a positive example in the field of combating money laundering, Latvia has long enjoyed foreign news headlines named as one of the largest money laundering centres in Europe. In February 2018, the Latvian financial system again attracted the attention of the whole world. Latvia’s most important strategic partner – the United States, accused the largest national bank in Latvia – ABLV Bank, of deliberate and systematic money laundering to a significant extent.[5] Consequently, it is difficult to gain confidence that during a “day” Latvia has changed from a European money laundering centre to a “positive example”.

However, as we already know, even the close attention of the whole world has not prevented the responsible officials of Latvia to transform the heaviest financial accusation in the history of Latvia into “old news” in two years.

The facts and circumstances suggest that

Latvian officials have not solved the situation and truly eradicated money laundering in Latvian credit institutions, but have implemented successful PR campaigns and lobbying measures, ensuring that the world’s attention is removed from the Latvian financial sector.

Until the issue is likely to re-emerge already under the responsibility of other state officials at that moment.

Until recently, in preparation for the Moneyval report and the FATF assessment, the country’s high-level officials tirelessly reported to foreign organizations and to the Latvian public on the successful implementation of the capital repair of the Latvian financial sector. However, less than three months after the Moneyval report and FATF evaluation, all indications suggest that Latvia’s resolute stance against money launderers has been merely a facade without content or real intent.

This raises reasonable question of whether Latvia is a partner in money laundering or combating it?

[2] Proposal of Special Measure Against ABLV Bank, AS as a Financial Institution of Primary Money Laundering Concern. Link to the proposal here.

[4] Skaties.lv, “ABLV Bank” around € 90 million is currently frozen. Link to the article here.

[5] Proposal of Special Measure Against ABLV Bank, AS as a Financial Institution of Primary Money Laundering Concern. Link to the proposal here.

[6] Tvnet.lv, Criminal proceedings have also been initiated against Bernis in the “ABLV” 50 million case. Link to the article here.

[7] Lsm.lv, A total of 50 criminal proceedings have been initiated against ABLV Bank for possible money laundering. Link to the article here.

[8] Proposal of Special Measure Against ABLV Bank, AS as a Financial Institution of Primary Money Laundering Concern. Link to the proposal here.

Already on 20 July 2019, the family of the murdered attorney at law Martins Bunkus announced that M. Bunkus had at his disposal […]

The family of attorney at law Martins Bunkus, who was killed last May, categorically disagrees with the statement by the […]