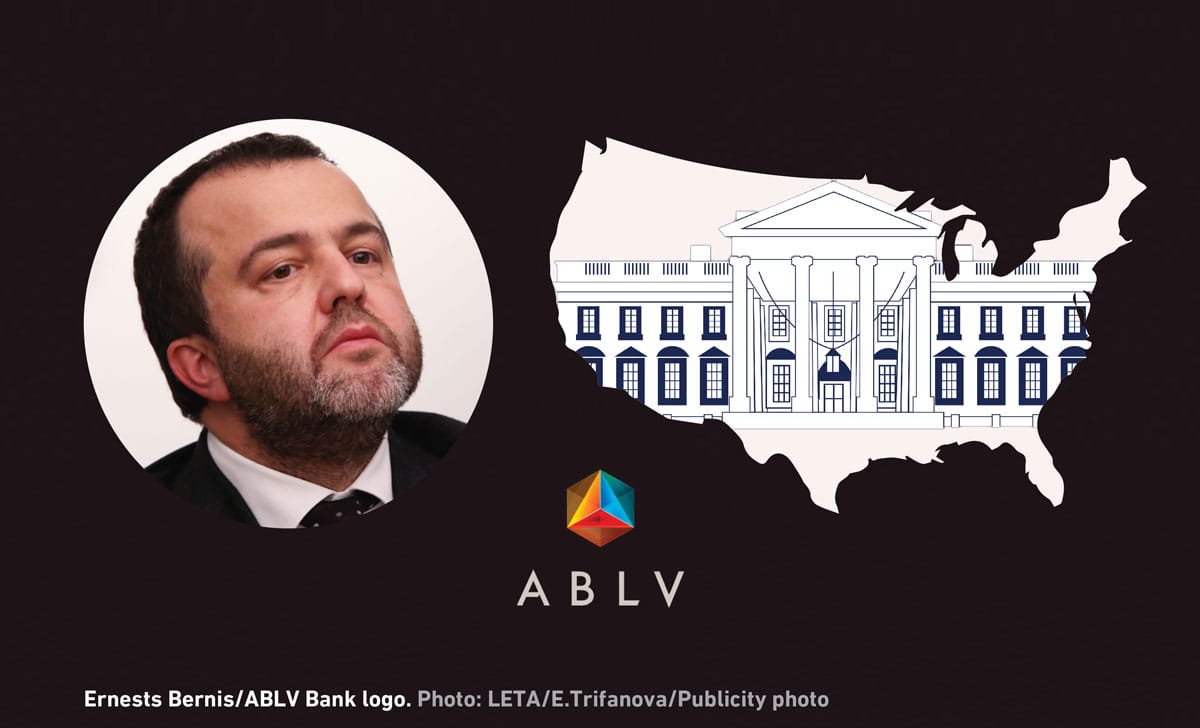 This year, ABLV Bank has purchased lobbying services worth around USD 250,000 for interest representation in the U.S. Department of the Treasury, as evidenced by the publicly available U.S Senate Lobbying Disclosure Act Database (reports are available here).

According to the information from the U.S Senate Lobbying Disclosure Act Database from June 2019 up until now, E. Bernis’ affiliated company – ASG Resolution Capital (Latvia), has paid one of the most influential U.S. lobbying service providers – Mercury Public Affairs, around 1.9 million U.S. dollars. At the same time, since February of this year, ABLV Bank in liquidation, has also started buying lobbying services, spending around 250,000 U.S. dollars.

In total, the related companies of E. Bernis have spent more than 2.1 million U.S. dollars on lobbying services in the United States in just over a year.

According to the U.S Senate Lobbying Disclosure Act Database, the lobbying services are provided in connection with the liquidation of ABLV Bank. The purpose of the lobbying is stated as the representation of interests in the U.S. Department of the Treasury.

“The volume and nature of U.S. dollar transactions performed by ABLV bank raised suspicions for the U.S. Department of the Treasury[1]. This is considered to be the reason for FinCEN’s increased interest and radical decision to protect the U.S. financial system from the illicit finance risk posed by ABLV Bank by further banning ABLV Bank’s dollar transactions. Currently, by using the U.S. lobbying services, the owners of ABLV Bank may be trying to circumvent the requirements of the methodology for the settlement of creditors’ claims. This would allow the bank to reduce the amount of funds which may be recognised as illicit, and which by the law thus would be payable to the Latvian State Treasury,” stated Kristaps Bunkus, the head of the foundation of Justice for Martins Bunkus, drawing attention to the bank’s activities.

It can be considered that ABLV Bank is soon to initiate the final (and possibly also the highest risk) settlements of creditors’ claims, which would bring ABLV Bank closer to the end of liquidation.

This is a crucial moment in determining whether funds that may be considered as “dirty” will go to the Latvian State Treasury or be transferred to other potentially bank owner-related financial transaction schemes.

Kristaps Bunkus emphasises: “There is no doubt that the perpetrators of the murder could see an obstacle in Martins. It is possible, that by “settling” with Martins, the perpetrators hoped to easily get rid of the problem and prevent the disclosure of information regarding their possibly illicit transactions.”

In order to prevent the victory of injustice, the foundation will continue to follow all the processes concerning the possible motives for the murder of Martins Bunkus, as long as the police do not find those that are responsible for this crime and as long as these people do not face a fair and just trial.

[1] Source: Proposal of Special Measure Against ABLV Bank, AS as a Financial Institution of Primary Money Laundering Concern. Available here.