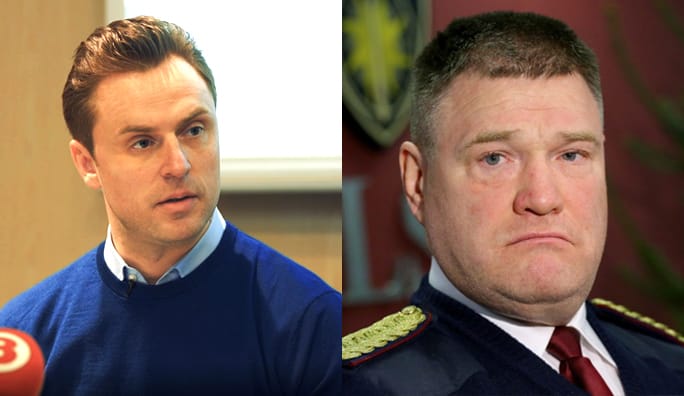 Kristaps Bunkus, brother of Sworn Advocate Mārtiņš Bunkus, who was murdered last year, has called on Sandis Ģirģens, Minister for the Interior of the Republic of Latvia, to order an inquiry into whether Ints Ķuzis, Chief of the State Police, intentionally misled the public regarding the pace of the investigation into the murder of Sworn Advocate Mārtiņš Bunkus. Should it turn out that I. Kuzis indeed mislead the public, K. Bunkus has called for an evaluation of his competence as State Police Chief.

The letter reads that, following repeated public criticism related to the investigation of the murder of M. Bunkus, on 4 December 2018, when participating in the programme “900 seconds”, broadcast by television company LNT, the Chief of the State Police announced that “in fact, we have sufficient evidence of the facts and circumstances of this case to be able to determine how and by whom this crime was committed”, which suggested that the investigation was drawing to a close, with sufficient evidence having been gathered to launch a criminal prosecution.

“However, although nearly 5 (five) months have passed since the promising announcement of I. Ķuzis, no information on the perpetrator(s) or circumstances surrounding the murder of Mārtiņš Bunkus has been revealed. Nor has any other information demonstrating any significant progress of the investigation been published for nearly a year. This suggests that last December,

the Chief of the State Police intentionally misled the Latvian public, possibly with the intention of avoiding responsibility for the lack of progress and artificially improving the public’s perception of himself and the State Police,”

says Kristaps Bunkus, brother of M. Bunkus and Board Member of the Martins Bunkus Justice Foundation.

The letter submitted to the Minister contains a request to examine whether I. Kuzis was in possession of any facts supporting his statements regarding the allegedly impending solution of the murder case last December. In the event no such facts were available, the Minister is requested to assess whether I. Ķuzis is fit for his current position, because such unfounded statements undermine public confidence in the State Police and their work. The State Police Chief’s actions, assuming he intentionally mislead the public, is a discredit to the work of law enforcement authorities, the submission states. Furthermore, the letter to the Minister points out that

public officials are bound to conduct themselves in a socially responsible manner, and not just in consideration of their own personal interests and professional ambitions.

A public official intentionally providing false and misleading information on a socially significant matter with the purpose of avoiding media scrutiny is unacceptable.

it appears that the only thing jeopardising the investigation is the police’s inability to do their job and find the perpetrators,” stresses K. Bunkus.