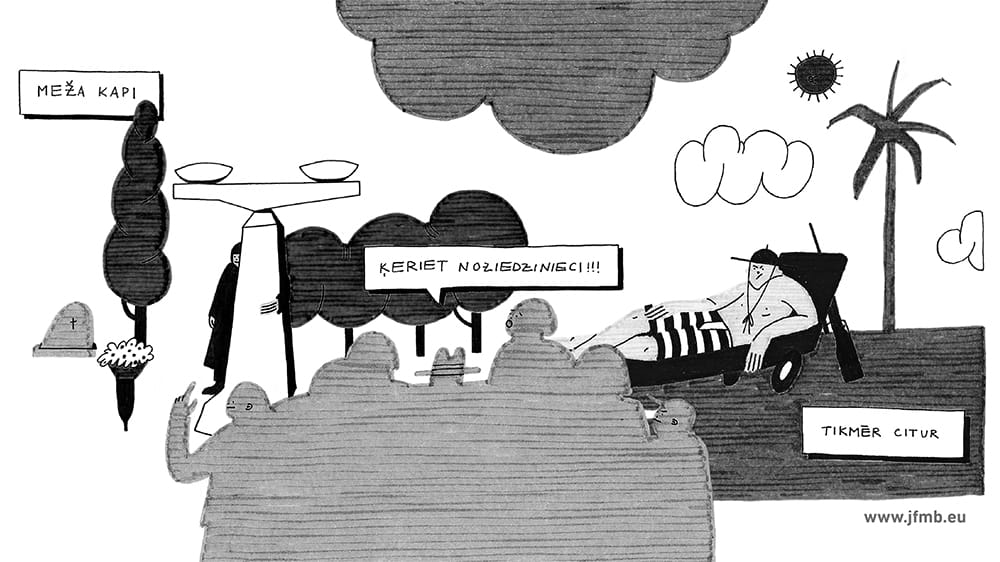 The family of murdered attorney at law Martins Bunkus strongly objects to any direct or indirect public criticism in regard to the grant of a grave site for the burial of Mr Bunkus. It should be emphasised that the request for a grave site for M. Bunkus was made in strict compliance with the adopted and applicable regulatory framework.

We deplore the creation of a false “sensation” about the grave site of M. Bunkus and call on the media to take a critical look at the true motivation of the individuals interpreting the process of choosing a burial site for M. Bunkus.

The choice and arrangement of a grave site for Mr Bunkus was entirely undertaken by the mother of the murdered attorney at law, who wanted to do her best to preserve her son’s memory.

Following the loss of her son, Mr Bunkus’ mother contacted the Ministry of Justice, in accordance with the procedure laid down by law, for support in regard to apportioning the grave site for the burial of her son. After assessing the experience and role of M. Bunkus in the justice system as an attorney at law, and reviewing a recognition of M. Bunkus by independent organisations such as the European Insolvency Professionals Association, the European Bar Association and the Estonian Bar Council, the Ministry of Justice decided to issue a letter of support.

After receiving a letter from the Ministry of Justice, the Riga City Council Cemetery Boardpresented M. Bunkus’ mother the available registered grave sites, all of which had been overgrown and unused for years. The grave site in question was selected by M. Bunkus’ mother from these sites.

We regret to see the hype stirred up by some media outlets regarding the deceased and attempts to colour a mother’s decision to bury her son as a crime.