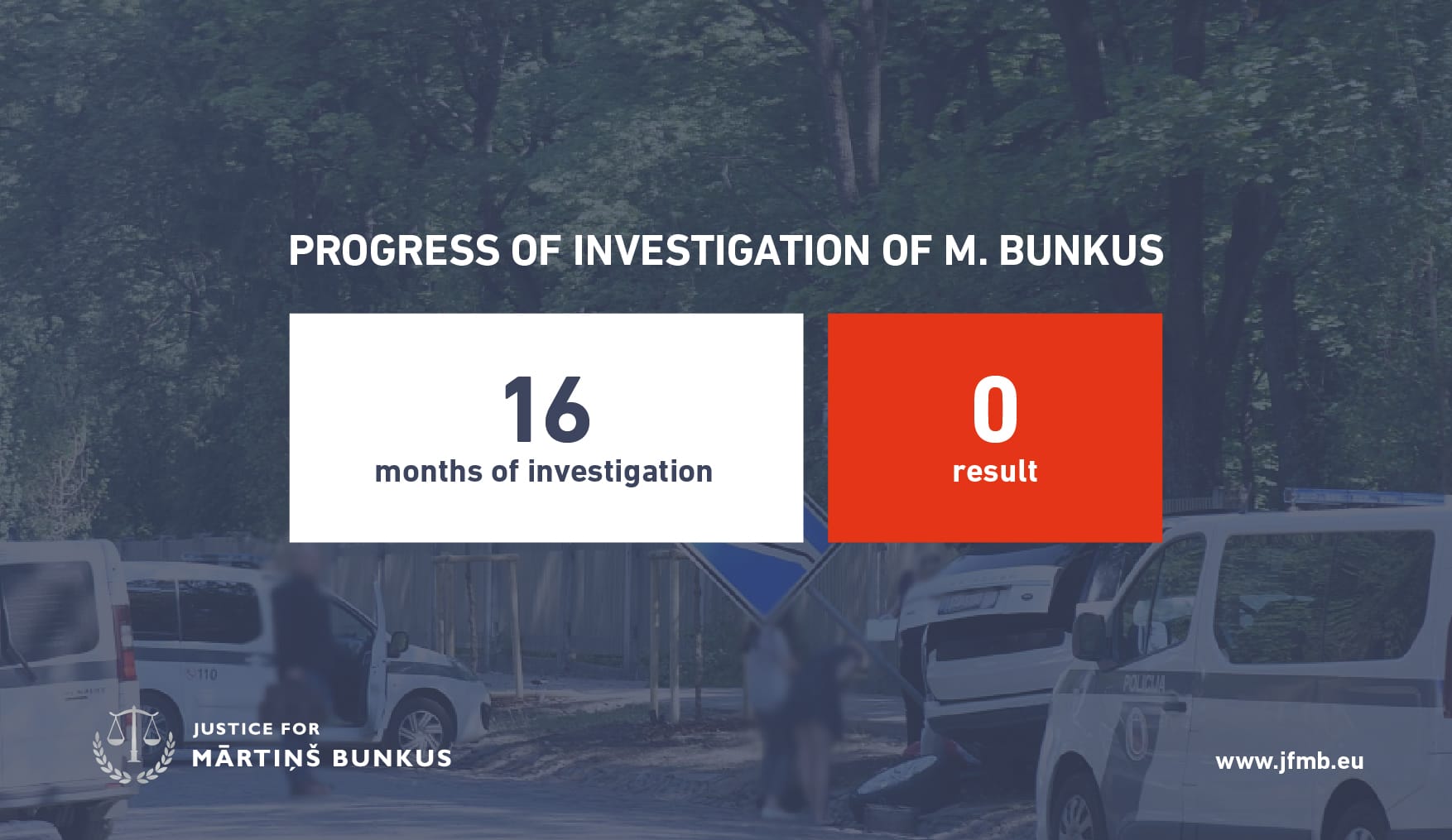 The family of attorney at law Martins Bunkus, who was killed last May, categorically disagrees with the statement by the Minister of Interior Mr Girgens made at the LTV1 evening broadcast “1:1”. According to Girgens, the quality of work by the State Police has improved and inter alia there is no reason to doubt the quality and progress of the investigation of the murder of attorney at law Martins Bunkus. In fact, it is just the opposite: investigation of the murder of Mr Bunkus has practically no results for more than a year; there are systematic violations of the investigation process and downright unprofessionalism, which among others has been brought to light also by the Prosecutor’s Office as the supervisory authority of investigation.

During the last six months, the family of Mr Bunkus has submitted 17 applications and 14 complaints to the supervising prosecutor and chief prosecutor within the framework of the criminal proceedings initiated concerning the fact of murder of attorney at law Martins Bunkus. By the mentioned applications and complaints, the Bunkus family inter alia has pointed out what they believe are existing evident shortcomings during the investigation process and significant procedural violations. As the supervisory authority, the

Prosecutor’s Office as supervising institution has detected multiple cases of inactivity by the person leading the proceedings, manifested as disregard for the requirements laid down in the laws.

The supervising prosecutor has addressed these issues by pointing out to the person leading the proceedings the violations made and obliging him to eliminate these violations. 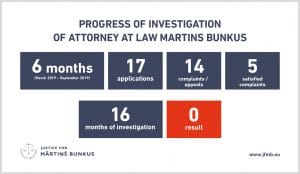 The State Police still actively invests in creation of its public image instead of dedicating resources for improvement of the actual work. Therefore, it must be assumed that

the reason for the low number of solved crimes during the last years is not the complexity of the crimes, but rather unprofessional actions by the employees of the State Police and catastrophic lack of qualification and experience.

The State Police has also refused to initiate a disciplinary case on systematic and significant violations by the person directing the proceedings. Among others, these violations have been established by the decisions of the supervising prosecutor. Contrary to the statements made at the TV evening broadcast “1:1”, Minister of Interior S. Girgens was informed of these issues, and at the moment of the interview there was information at his disposal on violations by the person leading the proceedings and complaints of the family on the progress of the criminal proceedings.

Martins Bunkus Justice Foundation currently undertakes the necessary actions to draw the attention of international institutions to the quality and efficiency of the Latvian State Police work in order to improve it and to prevent further infringement of rights of victims in criminal proceedings.