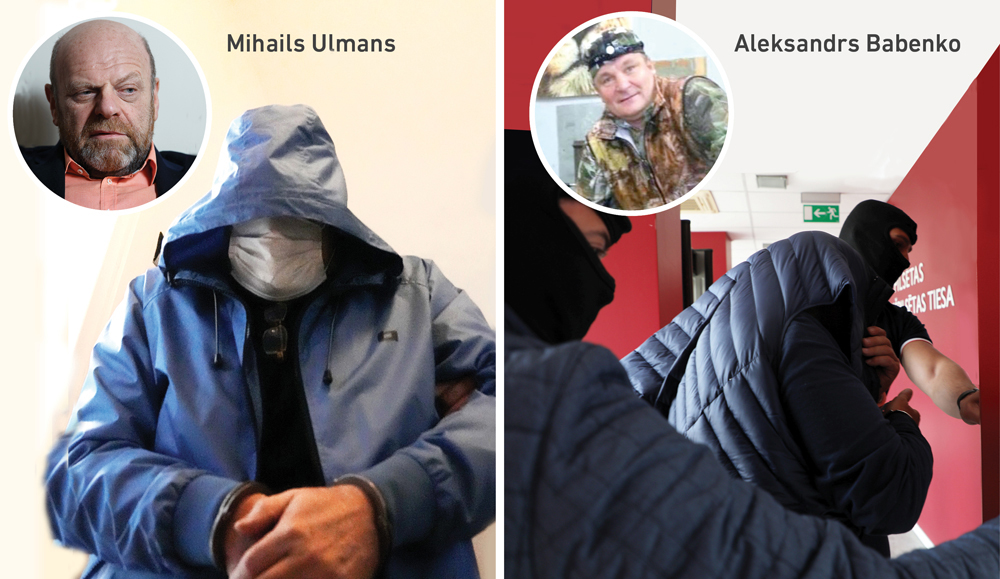 The “Martins Bunkus Justice Foundation” has appealed to the law enforcement authorities, asking to check the information at the disposal of the Foundation about attempts to interfere with the investigation of the murder of the attorney at law Martins Bunkus with various methods. Among other things, the Foundation has obtained information that shows that there may be active efforts to disturb the course of the investigation and the upcoming trial in order to achieve the release of the persons accused of the murder of Martins Bunkus from custody.

The Foundation has information that there has been a leak of limited access information, most likely to encourage the spread of distorted and untrue accounts in the public and to intimidate persons related to the investigation of the murder of Martins Bunkus. It is considered that as a result of such actions, efforts are being made to put pressure on the court and obtain the release of those accused of murder from custody.

There is a suspicion that claims about the impact of imprisonment on the health condition of persons in custody will be used as a precondition for changing the security measure – detention. There are therefore significant risks that these individuals may leave the country to disturb the investigation and avoid legal liability.

“We have passed on all information available to us to law enforcement authorities and hope that each person involved in the investigation will carry out his or her duties in good faith. Those involved in the murder of Martins must sit on the dock, because in a legal country the perpetrators of the crime cannot be left without a just punishment,” Foundation representative Kristaps Bunkus said.

Let us remind you that the State Police has previously expressed concern that Mihails Ulmans  and Aleksandrs Babenko, among other things, may interfere with the investigation and influence witnesses.[1] On the other hand, during the press conference of December 8, 2022, the chief prosecutor of the Prosecutor’s Office of the Riga District Court, Armins Meisters stated that the persons connected with the murder of Martins Bunkus acted as hardened criminals, not novices, whose way of life is the criminal world and its principles of operation and who in one or another role are also involved in other murders, illegal weapons activities, various other crimes typical of the world of organized crime.

The Foundation has no doubt that the commissioners and supporters of the murder of Martins Bunkus are ready to use all means to put obstacles in the way of the case coming to court soon and to avoid responsibility for this crime.

There is reason to suspect that, among other things, such methods as pointing to false “alternative” suspects, sowing public doubt about the work of law enforcement agencies and efforts to manipulate the true circumstances of the case with fake news will be used.

This is the second time that the Foundation has raised the alarm by contacting law enforcement authorities in connection with efforts to influence the course of the Martins Bunkus investigation. In the fall of 2022, the Foundation appealed to law enforcement authorities about possible attempts to exert informal influence on the course of the Martins Bunkus murder case. It is known that soon after that, a high-ranking police officer in the homicide investigation department – Janis Kapostins, was suspended for possibly leaking information in the investigation of the Martins Bunkus murder case, and a disciplinary case was started against him. Without waiting for the results of the service’s investigation, Kapostins announced his retirement due to a medical condition that is not suitable for the service.[2]

In the opinion of the Foundation, there are still high risks that the commissioners and supporters of the murder of Martins Bunkus use all possible means to influence the course of the investigation and the subsequent trial. The release of these persons from detention may not only affect the quality of the investigation, but may also create risks of new crimes.

[1]TV show “Nekā personīga”, “The experienced policeman was in close relations with the persons arrested by the police for the murder of Bunkus”. Available at: https://zinas.tv3.lv/latvija/neka-personiga/pieredzejis-policists-bijis-ciesas-attiecibas-ar-personam-kuras-policija-apcietinajusi-par-bunkus-slepkavibu/.

[2]NRA.LV, ”Bunkus killer was already tried for killing a businessman in the 1990s”. Available at: https://nra.lv/latvija/400298-bunkus-slepkava-90-gados-jau-tiesats-par-uznemeja-nogalinasanu.htm