Does ABLV Bank continue its business practice under another signboard?
Skip to content 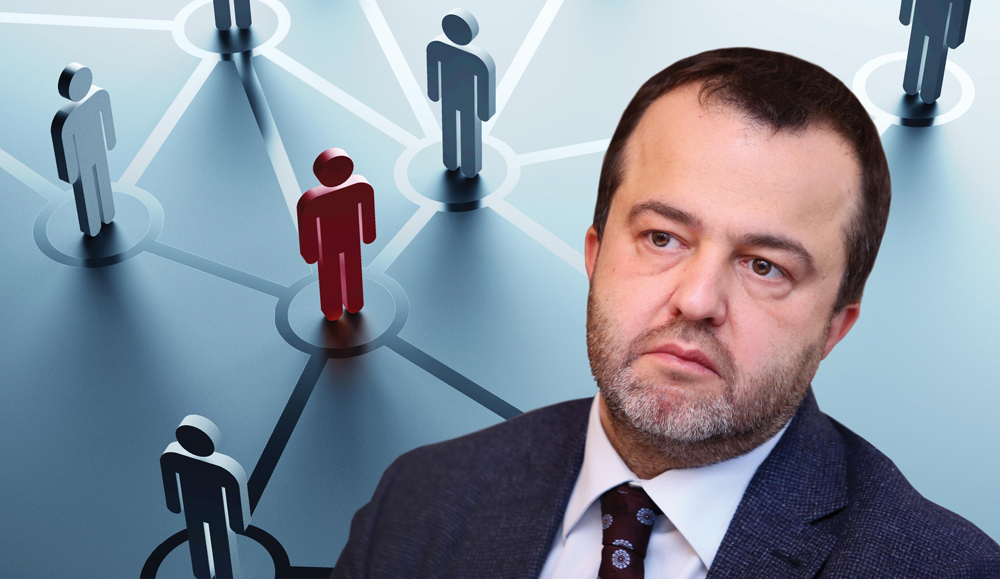 In February of this year, the Economic Crime Department (ENAP) of the Main Criminal Police Department of the State Police of the Republic of Latvia seized the shares of the companies SIA “Vincit Advisory” and SIA “Vincit Online”, which are owned by former Deputy Chairman of the Board of “ABLV Bank”, Vadims Reinfelds. This happened at the time when the company shares of the former Chairman of the Board of “ABLV Bank”, Ernests Bernis, were seized.

The seizure of the shares of “Vincit Advisory” and “Vincit Online” raises suspicions with regard to the link between the historical customer service practices and methods of the recently established service provider “Vincit Union” and “ABLV Bank”.

It is not excluded that it actually offers services and consultations similar to those that financial supervisors once qualified as money laundering schemes.

There are other similarities between “Vincit Union” and “ABLV Bank”. Starting from the location and staff of the companies, and ending with the fact that certain “Vincit” Group companies are the successors of the obligations of the former “ABLV Bank” subsidiary[1].

“Vincit Union” currently positions itself as a provider of accounting services, but it also provides other services. It emphasises, for example, its experience and capacity to organise company regulatory documentation in the area of AML/CFT/PF.

“Our compliance professionals and lawyers are familiar with the prevention requirements of money laundering and terrorism and proliferation financing, as well as customer research methods and the details of the application of the law[2],”

as it is stated on the “Vincit Union” homepage in Latvian. It should be noted that many drawbacks in the application and supervision of AML/CFT/PF procedures are considered to be one of the factors that led to the withdrawal of the “ABLV Bank” licence.

Special attention should be paid to the full-service client asset management service “Family office” provided by “Vincit Union”. In order to provide the service, “Vincit Union” has delegated its most experienced specialists – the above-mentioned “ABLV Bank” former Deputy Chairman of the Board – Vadims Reinfelds and the former employee of “ABLV Bank” in matters of investment – Nikita Klemperts.

Although “Vincit Union” is not formally linked to Ernests Bernis, it should be noted that both Vadims Reinfelds and Nikita Klemperts, who represent the so-called “exclusive part of the service” of “Vincit Union”, appear in many other companies associated with Ernests Bernis, not only historically, but also now, including the positions on the executive board and council.

There are reasonable grounds to assume that “Vincit Union” continues to provide services once provided by “ABLV Bank”, possibly by adopting the customer service practices and methods of “ABLV Bank”. This raises concerns about the reputation of Latvia’s financial sector and the long-term effectiveness of the “capital repair” of the financial system, as maintaining the methods and customer base that once have been validated may give the impression that there are still services in Latvia that are not allowed in self-respecting countries. This presents a great risk of returning to the situation that the entire Latvian financial sector was in before the so-important “Moneyval” report.

As it has already been reported, in February and March this year, urgent re-registration of beneficial owners of 46 companies that are essential to Ernests Bernis took place, registering the companies as owned by the family members of Ernests Bernis, namely his spouse and daughter. Such haste, and the totality of the observed actions, create a notion that ENAP might have such information that could significantly endanger the financial welfare of Ernests Bernis. Read more here.

It should be recalled that in February 2018, FinCEN announced in its report that there were grounds to believe that managers, shareholders and employees of “ABLV Bank” had institutionalised money laundering as the pillar of their business practice[3]. Suspicions were expressed regarding the involvement of “ABLV Bank”, not only in money laundering on a large scale, but also the organisation of related schemes[4]. It is possible that the directly adapted – full range of services – allowed “ABLV Bank” to develop an unprecedented, possible money laundering infrastructure for Latvia.

[1]DELFI ‘ABLV’ former Deputy Chairman of the Board, Vadims Reinfelds, has established the company ‘Vincit Online’  (01.07.2020) Available at: https://www.delfi.lv/bizness/biznesa_vide/ablv-bank-bijusais-valdes-priekssedetaja-vietnieks-vadims-reinfelds-izveidojis-kompaniju-vincit-online.d?id=52266691

[4]“ABLV management orchestrates, and permits the bank and its employees to engage in, money laundering schemes.(..) The bank proactively pushes money laundering and regulatory circumvention schemes to its client base and ensures that fraudulent documentation produced to support financial schemes, some of which are produced by bank employees themselves, is of the highest quality.” Ibid., pp. 6987–6988.

Author: Kristaps Bunkus On May 6, 2020, the weekly newspaper IR reported that: “In the upcoming weeks, the Financial and […]