Who killed attorney at law Martins Bunkus? Two years after the murder – versions.
Skip to content 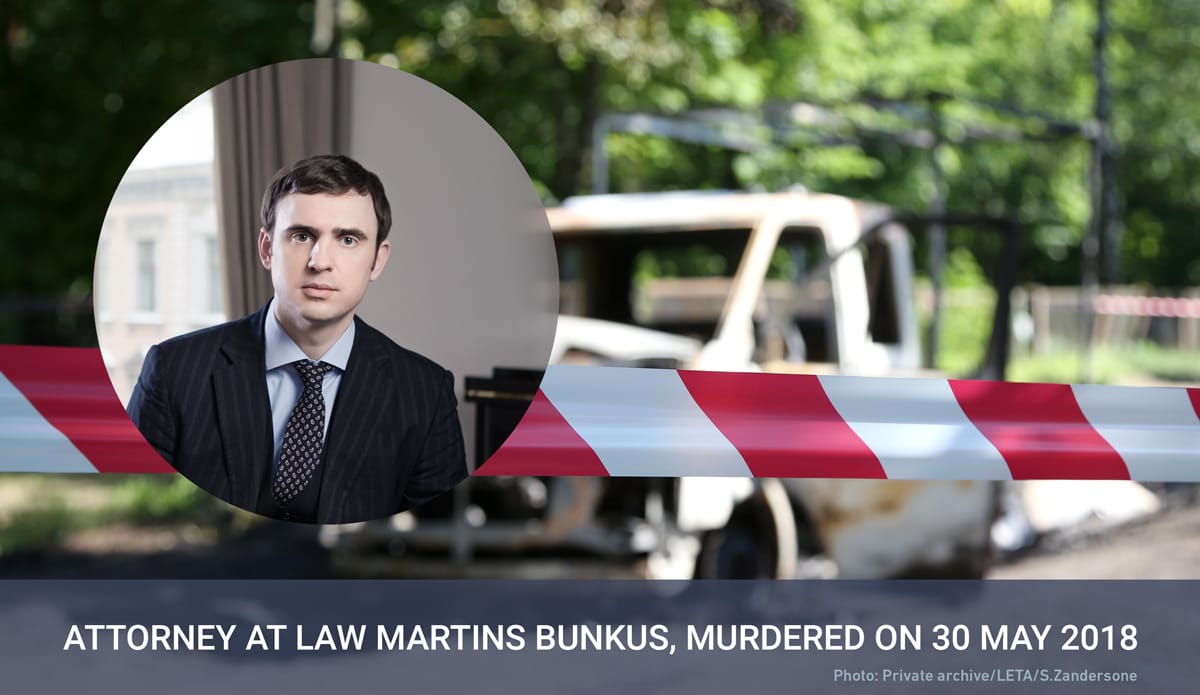 Tomorrow, on 30 May, it will be two years since the murder of attorney at law Martins Bunkus. To date, four possible scenarios behind the cause of the crime have been made public, three of which can be considered plausible. The first takes place within the context of the liquidation of ABLV Bank, including possible attempts to prevent the disclosure of information on possible transactions with criminally obtained funds; the second is related to the case of LLC Rego Trade insolvency proceedings, in which significant recovery claims against the entrepreneur Mihails Ulmans appear; the third and final version involves dissatisfied creditors of JSC in liquidation “Trasta komercbanka”.

The members of the Bunkus family, in the light of the information available, which has also been submitted to the State Police, believe that two of these scenarios are more credible and could also be linked to each other.

In order to ensure the smooth progress of the investigation, currently it is not possible to provide more information about these scenarios.

At the same time, a number of new arguments and assumptions have been made in the public with the intention of justifying or, on the contrary, discrediting certain scenarios. It is believed that such arguments put forward by third parties are deliberately misleading and cannot justify the exclusion of any of these scenarios or the development of other, unlikely, motives.

For example, the scenario involving the so-called “contractor Bojars case” has also been made public, but Bunkus’s family has deemed this version as misleading and has accordingly informed the prosecutor supervising the investigation.

“The equation for finding the murder motive is relatively simple, namely that

the perpetrators of the crime saw a benefit in killing M. Bunkus, which would outweigh the risk of being caught and tried for murder,

not to mention that this benefit had to outweigh any costs associated with committing the crime. So this benefit had to be very significant in the eyes of the perpetrators of the murder. In our view, a benefit of this magnitude, either economic or as an opportunity to cover up other crimes, can only be found in cases and matters of significant economic scale. Therefore, knowing the matters that Bunkus had been dealing with in recent years, we believe that these three scenarios are possible,” says K. Bunkus, the brother of the victim.

Family members of murdered Martins Bunkus are fully cooperating with the State Police in their efforts to uncover the crime and expect the murder to be solved. Although two years have passed since the murder and there are still no suspects, the determination of Bunkus’ family members to facilitate the investigation remains undiminished.